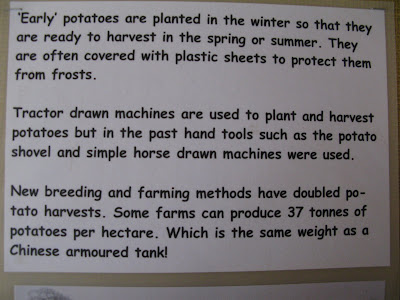 .. .. as opposed to what, an unarmoured Chinese tank?

And what particular model of Chinese armoured tank cos you know the new type 99 weighs 51 tonnes which is a lot more than 37 tonnes.

Maybe they mean the old type 59 which weighed 36 tonnes, possibly 37 with crew and ammunition, but they stopped making those in 1980.

This whole idea of expressing the mass of a bunch of spuds in tems of Chinese armoured tanks is fraught with danger. Couldn't they just use tonnes or something?

How big is a hectare anyway, compared to, say, the wingspan of a Russian Ilyushin-76 bomber?